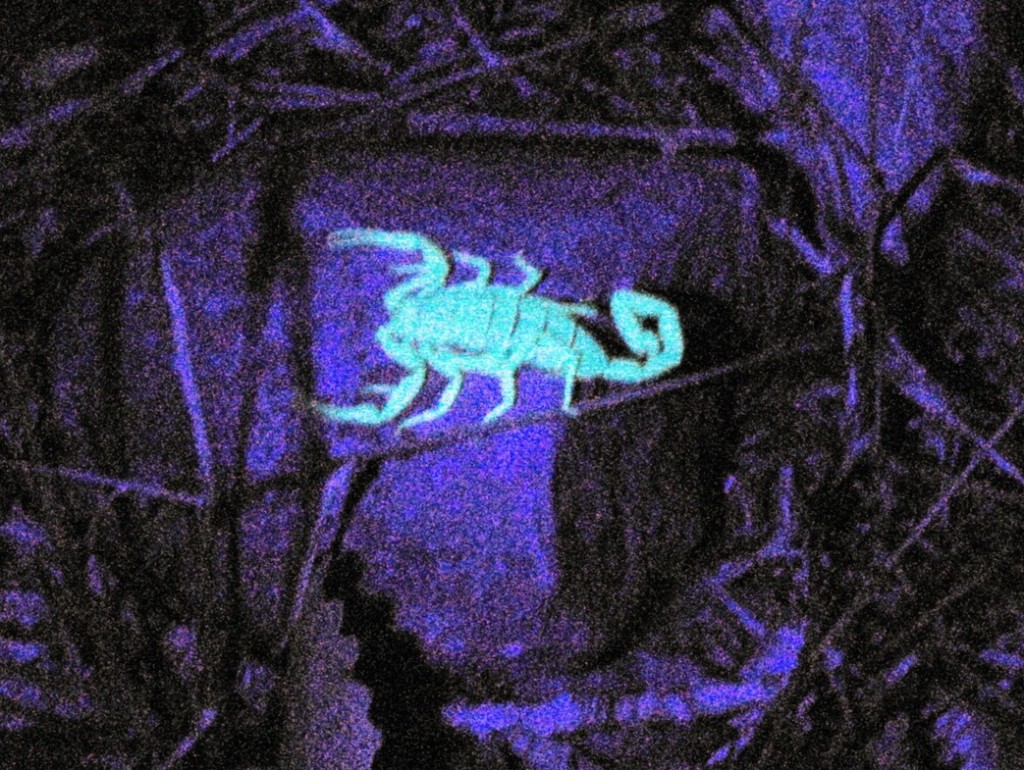 You can find numerous Grand Canyon insect species along the Colorado River corridor. These species range from midges and mites to butterflies and beetles. Spiders, centipedes and millipedes are also found here with bark scorpions and giant hairy scorpion living near the river. The image on the left was recently taken with a UV-flashlight, causing the glow in the dark effect of this magnificent creature.

In the Desert and Forest

The Grand Canyon Park has many insect habitats across its coniferous forest and desert scrub. You can find insects such as honey bees, beetles and orange paper wasps at elevations higher than two thousand feet. Scorpions are usually found lower down the elevations.

Tomato Horworm Moth – This lively creature was recently spotted next to the Maswik Lodge in the Grand Canyon National Park. The Tomato Hornworm as an adult, can reach a length of 4 inches. This larva was named “hornworm” due to its smooth body, with a caudal horn. It is considered to be a rather destructive species has it attacks things such as tomatoes (i’m sure you would have guessed this one), potato crops, as well as tobacoo. The picture on the right was taken by Bob & Jean on their recent trip to the Grand Canyons. You can see more of the pictures they took of the Tomato Hormworm Moth on their website, frametoframe.ca.

TidBit: The Grand Canyon Cave Pseudoscorpion and Kanab Ambersnail are the only invertebrates currently on the list of Grand Canyon’s endangered and threatened species.